In the last couple months I have met with several people that have told me they “just want to keep everything simple” when it comes to their estate planning. What most people don’t realize is that creating a simple plan now can potentially create complex, time consuming, and costly problems for their loved ones later. This is not to say that I recommend complex estate plans for every person or family. My most common response to the question, “What estate plan do you recommend?” IS simple…. It depends. Here are a couple scenarios where simple planning can create unintended consequences.

Intestate succession is the simplest of all “plans” because it is automatic under Wisconsin law and requires no planning. The law simply transfers all assets automatically to your heirs or descendants. Under Wisconsin law, the first heir is your husband or wife, followed by biological and adopted children. If there are children from outside the marriage, those children are usually entitled to some of the assets too. If you are not married and have no children, then your parents are next, followed by siblings. Surprisingly, many families fall into this category due to lack of time, the costs involved, or the idea of talking about death and the transfer of assets is uncomfortable or even stressful. This is more common now due to the increase in second marriages which create the “yours, mine, and ours” situation. Consider the following scenarios:

Scenario #1: Married couple with children ages 21 and 25. None of them have a written estate plan. If both spouses pass away the three children would split everything equally. A probate filing would most likely be required which will take between six months to a year to complete at a minimum. Once the probate is finalized and the children receive their inheritance you might ask yourself what the children would actually do with the assets? Whatever they want. What if one of them had a substance abuse issue? Most likely not help the situation. What if the oldest child was married and passed away after the parents? The spouse would receive 1/2 of the “in-laws” estate, even before any grandchildren. The spouse would also be entitled to one half of their spouse’s inheritance in a divorce situation.

Scenario #2: Second marriage, each with minor children from previous marriage but no common children. If one spouse dies, all non-beneficiary designated assets will not necessarily all pass to the surviving spouse. This would include real estate owned by the deceased spouse and the personal property. Any assets the deceased spouse transferred by beneficiary designation (such as life insurance, 401k, IRA) could go to the minor children, if named, but their guardian would have control over the assets. This would most likely result in the ex-spouse having control over the assets as the minor children’s guardian.

These scenarios do not change much even if the married couple drafted simple Wills. It may allow each person to “by-pass” their spouse in favor of children, but it will not prevent the requirement for probate. You can avoid probate for real estate by drafting a transfer on death deed and name beneficiaries, even minor children, but that does not protect it from creditors, divorces or guardians. Similarly, drafting a Will does not protect assets from adult children’s choices or divorces. A “simple” plan may be appropriate for some, but as always, it depends. 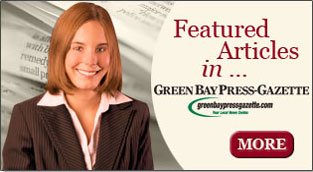